MORE THAN JUST A BROKERAGE

A new star emerging in investment and real estate development domain with the help of Almighty God, this company that holds a special character combining experience, investment thought, capital, and fixed assets has been established.

The company was decided to bear the name of ” Ibhar Real Estate ” as an inspiration of astonishment which the State of Qatar has caused to the world in terms of progress and prosperity, in addition to real estate economies and development, so that the country should work as a model to show the role of the private sector in the field of real estate investment and development, in line with the government attitudes for development in the arena of architectural progress, and expansion in construction in order to implement a solid plan which does not allow for inflation in prices of land and construction which affects consequently uprising of lease, sales and purchase rates. Hence, the disciplined real estate trading, which avails to the interest of both the investor, the owner, and the lessee, would contribute to balance the supply and demand law.

Therefore, this is the objective beyond establishing the company, which gained expertise, capital, and future perspective that maintain creativity and continuous development dependent on credibility and feasibility studies which draw their components from the realistic assessment of the market that is carefully studied on the real grounds of the state of Qatar. Thus, in my capacity as the partner and expert approved at the courts of justice and banks, along with my expertise in the arena of real estates, investments, and feasibility studies which expertise has approached 32 years in the State of Qatar.

Such sustainability over these years has been derived from confidence, good will and effort, which achieved a lot of success in the past, rendering it most appropriate now to launch a new Beginning in the economic and real estate field by the establishment of a group of commercial, service and residential complexes which will commence quite soon.

Investment in the field of real estate is an added value to the land and consequently to the economy and commercial activities, whether being real estate, manufacturing, service or commercial. They include overall movement and rate of development through both governmental and private sector.

Whereas by virtue of our belief that the training and promotion of human skills is one of the significant elements of success for all companies, workplaces, and production, which save a lot of money, effort and time through approaching the best characterized performance and excellence of the human being, which is the focus of development in all fields, therefore it has been the concern of the company to establish IBHAR Academy for Development of Human Skills under auspices of a group of experts including academic professors, or Arab and international universities, which achieve our distinguished and fascinating goals, through the scientific honesty we all seek.

The company is also keen on establishing a package of exhibition and international conferences. This effective and efficient activity has not ensued from nothing, but rather by our considerable experience in this arena. The rich State of Qatar has been favored with this growth during the past 10 years that has rendered the country to become a global star in the world sky. Welcome to a world of business opportunities through specialized and Professional services presented by Ibhar Real Estate. Firstly, please allow me to communicate the honor and pride I take by being the head of Ibhar Real Estate team, which we consider as the most important asset for success. Know-how and experience are the basic factors for success in our business, and at Ibhar Real Estate we powerfully have both aspects on board. At Ibhar Real Estate, we aim to reach excellence in all what we do, and we care about providing unprecedented customer satisfaction; accordingly we always care about the smallest details. We follow an ongoing strategy of implementing the most updated project management systems to better serve our clients and meet their maximum expectations. Ibhar Real Estate is strongly committed to the growth and development of the state of Qatar and its economy through providing top-class services to the Qatari community in order to position our company at the top ranking. Ibhar Real Estate currently enjoys a remarkable track record of successful projects thanks to its strong financial, technical and management capabilities. The Company has been growing enormously in the last few years, having implemented huge projects in a very short period of time with creative high standards, competence, and accurate delivery, which gave the company significant advantages among competitors. Our main principle is to follow the highest project management standards to execute our projects on time and within budget, our business strategy is all about customer satisfaction, and we are very strict with that. Ibhar Real Estate has established a firm and high reputation within the Qatari market as professionals in every respect in this area of expertise. Indeed, it projects such a high level of competence that many other local and regional projects can only aspire.
0
Years of Experience
0
Awards & Honors

To rank Ibhar Real Estate as the premier investment group in Qatar and the Gulf region, through following an ambitious strategy for “fast and sustained expansion” 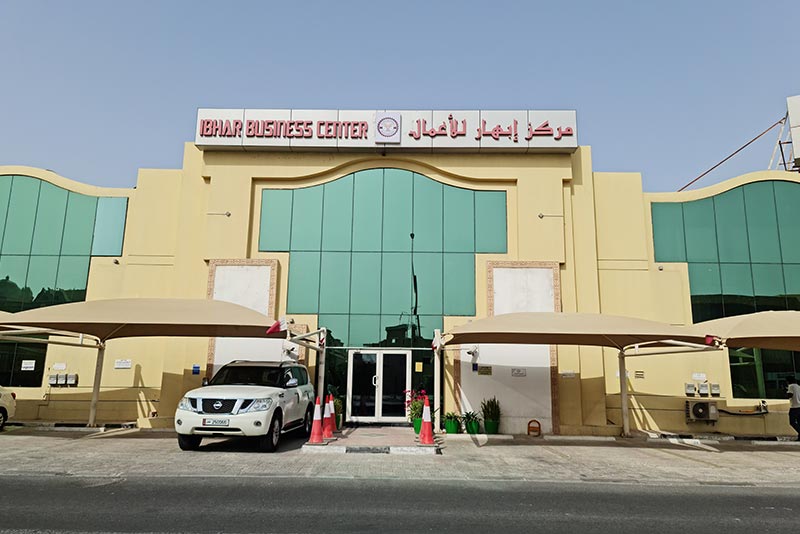 Ibhar Real Estate Group W.L.L is an effective player in the real-estate sector in the State of Qatar, with a cadre of qualified and experienced professionals who are specialized in the real estate business. The Group started its business in real estate investment and marketing of projects within the State of Qatar, and will extend more to cover projects in Egypt and Gulf countries in order to provide our optimal services in this sector. Moreover, the company has expanded in various arenas, as it established IBHAR Academy for human skills development for the purpose of developing human skills and preparing scientific and professional managers and engineers, and all workers in all areas.

Ibhar Real Estate is led by a team of experienced innovators. These proven pioneers across technology, real estate, marketing, and finance are solving real estate’s most complex challenges.

Our agents are trusted advisors, helping everyone from the first-time buyer to the seasoned seller make better, more informed decisions.

Explore Qatar real estate property market to buy, rent or sell residential properties in Qatar, Egypt, Turkey, Oman with Ibhar Real Estate. We have hundreds of apartments, villas, and townhouses for rent and sale in Qatar

It takes less than a minute. If you already have an account login.

Enter your email address and we'll send you a link you can use to pick a new password.